The Alchemy of Restorative Yoga

Share any insight or musing from the weekend on your blog. What do you want to remind yourself of, what finally sunk in or what area are you more curious about?

I received a really pertinent insight from Catherine’s presentation on Restorative Yoga during our May practice weekend. The specific nugget that triggered the insight was regarding the sympathetic nervous system and its primary function of stimulating the flight, fight or freeze response.

About twenty years ago I experienced a traumatic flight from a toxic relationship (actually a complex of relationships, but that’s another blog post). I was able to remove myself physically from the situation, but it involved burning a lot of bridges, a sudden and radical relocation, and in the process I began to experience some nervous system phenomena that I’ve carried ever since. The symptoms include lots of pins-and-needles and waves of what feels like electricity coursing through various parts of my body at various times. The level and location rises and falls, but it’s continually present and leaves the body never feeling quite at ease.

It also occurred to me that this yogic balancing of the nervous system is symbolized in the Western Mystery Tradition by the Tarot Key called “Temperance”. In this symbol complex, we see the angel, an image of the Higher Self, pouring cooling water on the lion, which we might see as the sympathetic nervous system, while applying heat (tapas) to the eagle, which represents Scorpio, whose energies are definitively those of the parasympathetic nervous system which governs sexual arousal. The angel also stands with one foot on the land (body and sense experience) and one on the water (deep mind), which speaks to the limb of pratyahara.

The name Temperance is given to this symbol to indicate the tempering or strengthening of the vehicle that occurs during the journey to Oneness. Aleister Crowley called this card “Art”, in the sense of the mysterious alchemical art of the combining of opposites into a mystical union. I’m grateful to Catherine for helping me clarify that restorative yoga is an important part of my own healing and alchemical process. 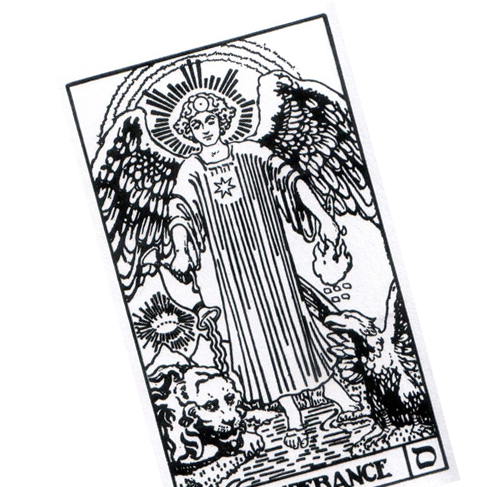