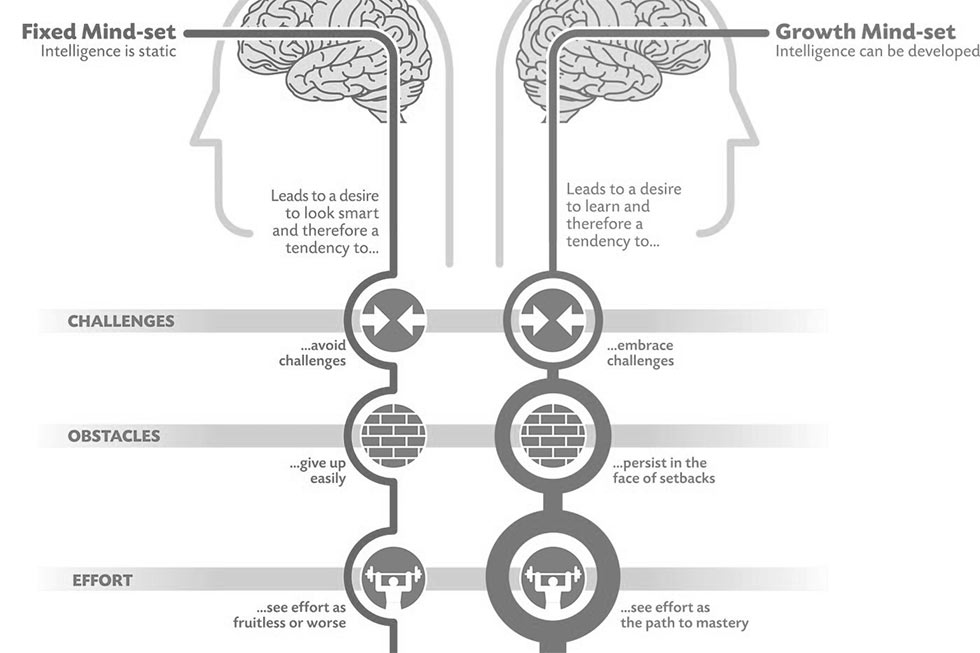 I found Gail Dweck’s ideas as outlined in The Effort Effect to be quite thought provoking, first as a parent, and then as an aspiring yogi. And of course it’s quite relevant to any sort of teaching as well.

I have two children, the oldest born with the sun in Aries, and his younger brother with the sun in Pisces. If the first one hits an obstacle that knocks him down, he will hop back up and punch it back. If the other encounters even the smallest wrinkle, he will back up five steps, sit down, and explain why he never wanted to go that way anyhow. As I read the article, I began to see how I (and their mom, and their grandparents) have probably leaned too far into telling them how naturally gifted they are, and particularly with the younger one, it makes perfect sense that encouragement to make the effort, to engage with that wrinkle and wrestle with it is probably just the medicine he needs. In fact, while coaching him in math night before last, I heard myself saying, “if it’s hard and confusing, that’s the feeling of your math brain growing!” (Do I need to pay somebody for that?)

It also occurred to me that the difference between the fixed and growth mindsets is incredibly important on the spiritual path. I was raised in a fundamentalist subculture that was decidedly fixed in its approach: we are sinners “saved by grace” (i.e., without any ability to save ourselves), and really don’t have a capacity for radical transformation (although, oddly, the sacred books are full of such tales). It was actually a sense of our capacity to transform and have deep, direct spiritual experience that motivated me as a young man to begin studying more esoteric traditions that emphasized our divine potential.

And yet, even in the context of such traditions, I’ve found that there’s plenty of resistance to growth and change, and a nagging tendency to think of the self as small and limited. To think, “Well, Jesus and Buddha were prodigies, but that’s probably thousands of lives away”.  As I read the article, I realized what an important factor faith is. Here I use the word to indicate a deep sense that we are something more than we appear to be. That we are held and intimately connected in a divine matrix that transcends the apparent separation, and that love, trust and gratitude are truly potent. Related to this is a sense of worthiness: knowing that we actually are of inestimable value, and have infinite potential. That we actually can, if we choose, if we’re willing to engage in the process, wake up and walk in a sacred way, like the great yogis and wise ones of old.

It seems that it’s also important to honor where we are – our here and now – as being the perfect place of engagement. To include all the apparent limitations, mucky past histories, and failed or half-assed attempts. As teachers, if we can embody a deep faith and sense of the divine in every individual we interact with, and be truly present, perhaps we can impart to our students, as much by our beingness as by anything we say, the encouragement to simply engage in the process with as much energy as they can in that moment. And to take joy in doing so; to celebrate coming back again and again to show up, find the edge, get curious, go deeper, be alive, and grow.